Home / Electronic waste: Ecolight not throw away (almost) nothing 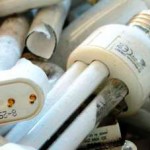 Are 25 thousand tons of Weee (waste electrical and electronic equipment) collections of which 23,300 sent for recovery. These are the two key findings in the report published in 2011 by social Ecolight – www.ecolight.it-profit consortium that brings together more than 1,500 companies. Arising from the work in the management of waste from electrical and electronic equipment, in 2011 Ecolight allowed to start to recover more than 12 thousand tons of iron, 5 thousand tons of plastic, aluminum and 800 thousand of glass. Good results from the management of batteries and rechargeable batteries: the collection system, which was launched on a voluntary basis, has allowed the consortium to handle 204 tonnes of waste ensuring a recovery rate of 96.5%. The growth was not only in terms of volumes of waste managed, but also the number of member companies to Ecolight grew by 25%, and came to 1,427 companies at the end of last year – 90% of companies in the large-scale distribution. The consortium has been confirmed as the second national collective system for quantities of input and the first for the number of associated companies. In terms of the management of WEEE, Ecolight worked in the collection of household Weee from 2775 sampling points located in the municipal collection points and at the stores through the One on One service dedicated to the distribution and collection of electronic waste directly at the Professional companies. Ecolight was confirmed consortium of reference for the group weee including small appliances, mobile phones, PC and consumer electronics: more than 37% of what was collected from the entire system was managed by Ecolight. Also important is the administration fee for R5: The consortium has been involved in almost 40% of the light sources reached the end of life. According to the director general of Ecolight, Giancarlo Dezio are still a few citizens are aware of the need to initiate a correct recovery the old phone or the blender bringing them to a collection center or handing it to the point of sale by virtue of the decree “one on one”. The capillary action is indicated by the number of missions operate more than 14,000 direct to the municipal collection points, as well 108mila to serve retail outlets. As for batteries and accumulators reached the end of life, Ecolight worked on a voluntary basis starting to recover 204 tonnes of waste, of which more than 67 percent is made up of common batteries nickel cadmium. Next to the management of Weee, batteries and accumulators, Ecolight moved in cultural awareness waste recovery through art with the Museum of Recycling – www.museodelriciclo.it – and with the help of painting and design “Waste in Search of an Author. ” It was also activated a project dedicated to the schools and carried out with the WWF to raise awareness on the recovery of fluorescent bulbs.

Established in 2004 Ecolight is one of the largest collective systems for the management of weee, batteries and accumulators. Ecolight The consortium, which includes over 1,500 companies, is the second nationally for the amount of input and the first for number of associates. It was also the first scheme in Italy to have the quality certification ISO 9001 and ISO 14001. It is a point of reference for the large-scale distribution (GDO) and treats all types of weee.