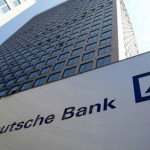 A few months ago it was fairly widespread opinion that Deutsche Bank (DB) against the bet into Italian bonds, selling them or not renewing them at maturity. Wrong view: exposure to Db Italian government bonds has risen to around 29% in the second quarter of 2012, going from1, 953 a2, 516 billion euros. The data reveal the budget of the presentation of results emerged for the second quarter. Instead, decreased by 35% exposure to bonds of Spain, which fell to 873 million from 1.358 billion as of March 31, 2012. The German banking giant, meanwhile, announced a plan to reduce the cost of 3 billion euros. The savings will come, especially from a sharp reduction of the workforce: the ‘cut’ 1,900 employees, almost all outside of Germany. (L.F.)