The European Structured Investment Products Association (EUSIPA) takes great pleasure in announcing that its General Assembly has re-elected Mrs. Heike Arbter as the association’s president and Roger Studer as vice-president. Heike Arbter is the president of EUSIPA’s Austrian membership association Zertifikateforum Austria (ZFA) and heads the structured products business at Austrian Raiffeisen Centrobank. Roger Studer, who is head of investment banking at Swiss Vontobel Bank, has been EUSIPA’s vice president since the organisation’s inception.

Arbter thanked her colleagues for re-electing her. She said, “I would like once again to thank colleagues across Europe for their vote of confidence as I look forward with great excitement to serving in this role for another two years. Although the EU financial services sector faces an avalanche of detailed regulatory implementation issues, we must not forget that our ambition is to focus on customer interest and to promote only those initiatives that truly add value to the market.“ 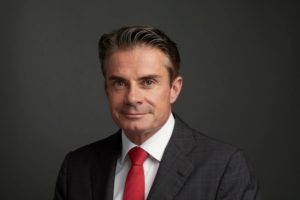 Studer added, “While most issuers are focused on the proper implementation of the EU rules that came into force in early 2018, the industry must remain aware of emerging new products, business models and distribution channels in the globalized digital economy. These mega-trends require re-examining common beliefs and they will continue to be addressed within our associations at both the European and national levels.”