Home / Servizi / A World Cup for Brazil and a ‘Superbourse’ for China? 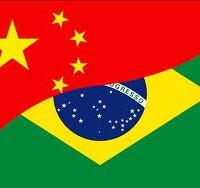 Ernesto Gallo and Giovanni Biava. One year ahead of the World Cup, football fever is already gripping Brazil, which has thrashed world champion Spain in a memorable 3-0 win in the Confederations’ Cup final. China, despite huge investment, has not made it to the event, after losing the key match in ‘tiny’ Jordan. International politics and economics, however, tell us a different story.The outburst of massive protests on the occasion of the Confederations’ Cup has suggested to many commentators that Brazil’s economic miracle is over, and the emerging economies as a whole have lost momentum. This is a biased point of view. Certainly, Brazil is home to widespread corruption (according to Transparency International’s Index, it would be the 69th least corrupt country in the world, still better than…Italy), but this does not come as a surprise; ‘corruption’ in various forms is a typical feature of rising economies.

Certainly, the likely end of US ‘quantitative easing’ monetary policies might contribute to shift foreign investments away from Brazil; but this could even strengthen the relations between Brasilia and other partners, starting with Beijing. Just in 2007 China and Brazil respectively had 24 and 5 companies in the Fortune ‘Global 500’ largest companies; now (2012 data) they are 73 and 8. Such impressive figures suggest that China and Brazil are world heavyweights and the former could once again step in where the USA has lost ground.

China has been Brazil’s main trade partner since 2009 and its investments in the country have reached more than $77 billion in 2012. Not all investment is in agribusiness, energy, infrastructure, raw materials, and natural resources. For example, China’s carmaker Amsia Motors has just signed a $457 million deal to produce electric cars in Sergipe, in Brazil’s North-East. Chery, the main independent Chinese carmaker, is expected to do the same in 2013.

The importance of Brazil-China’s ties has been highlighted by the news that President Rousseff is organising with China a co-ordinated BRICS response to the possible end of USA monetary stimulus policies (25 June). China obviously has extraordinary availability of capital, especially thanks to its giant State-owned corporations. But how long will this state of affairs last?

In order to allow for easier availability of private capital, China has to reform its financial system and, more specifically, to enhance the competitiveness of its stock markets. The Shanghai Stock Exchange (SSE) currently features two types of shares, A and B, and only the latter can be traded by foreign investors. The overall availability of international financial instruments is still limited as well as the international role of the Yuan; regulations and other obstacles (bureaucracy, corruption and the like) prevent China’s capital markets from taking on a ‘global’ role. Furthermore, only Chinese companies are listed in Shanghai.

Despite all these limitations, the SSE is already the sixth in the world for market capitalisation, and Shanghai is ranked sixth in the ‘Xinhua-Dow Jones International Financial Centres Development Index’ (2012). Let us though recall that mainland China hosts another stock exchange, in Shenzhen, which is more focused on promoting innovation and technology – a sort of embryonic Chinese NASDAQ. If we move beyond the mainland, we find Hong Kong, which is home to the fifth biggest stock exchange in the world and has a long history and a current activity as a large international centre in both finance and trade. Still further away, on the southernmost tip of Indochina, there is Singapore, by definition a global financial centre whose bourse is in the top four in foreign exchange trade. In 2011, a much debated merger between Singapore and the Australian Stock Exchange (APX) was eventually blocked by the Australian authorities (perhaps after USA pressure?), but it seems reasonable to think that now Singapore (whose main authorities are Chinese native speakers) will look for alliances and opportunities of growth elsewhere.

To summarise; even leaving aside Singapore and other financial centres close to China (e.g., Taiwan or Kuala Lumpur), there seems to be room for a larger and more open regional stock exchange, a sort of ‘Wall Street of the Asia-Pacific’, organised around China’s capital markets. Such an institution would be a powerhouse for investment in and from China, and would provide Beijing with further liquidity, which could then benefit both China and recipient countries like Brazil.

In the meanwhile, by chance (?) Gillard’s government in Australia has been surprisingly overthrown and, just two months before general elections, power in Canberra has returned into the hands of Kevin Rudd. Mr Rudd is a well-known ‘sinophile’, and his previous government had boosted ties with Beijing, and even laid the ground for the later failed integration between the bourses of Sydney and Singapore. Will something of the sort be resumed? Melbourne academic Pradeep Taneja recalls that relations between China and Australia are and will always be fundamental, whoever has power in Canberra. Australia is another destination of huge Chinese investments and will try to balance her economic interests with those of security, where ties with the USA are stronger.

Will relations between China and the USA deteriorate and become more confrontational? This is far from clear. China is currently enjoying excellent ties with Russia, on Iran, Syria, energy matters, and in general any time there is the need to balance USA power. However, there are also sources of friction: will China and Russia remain in good terms in Central Asia, where the former is the main economic player while the latter is still the main security provider? What will happen in 2014, after USA’s departure from Afghanistan? Russia and China are at the moment collaborators, but they can also turn into competitors.

The USA has the opportunity to divide them, as Nixon and Kissinger famously did in the early 1970s. This time things are deeply different, also because China is the second economic power in the world and, despite criticism and media speculation, keeps growing at the formidable pace of 7.7/7.8% a year. It is also true, though, that Beijing is making huge efforts to improve its relations with South Korea, and last week’s visit of president Park Geun-hye to China boosted the chance of a Free Trade Agreement between South Korea and China that might be finalised in September. Japan itself is supposed to be interested.

Nevertheless, the starting point for any important future role of China in international trade and finance is a reform of its peculiar financial system. And in this sense, the role of a kind of ‘Chinese Wall Street’ might be paramount. – See more at: http://www.albertoforchielli.com/2013/07/02/a-world-cup-for-brazil-and-a-superbourse-for-china/#sthash.vDEO5vBn.dpuf