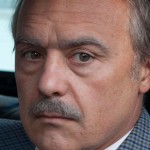 By Carlo Faricciotti. Investigators official or otherwise, dramas or present true stories. And always with the brand Rai. The top ten most viewed drama in the season 2011/2012 (the TV season runs from September to August, as the football league) sees the en plein issuer of State, which oversees all ten. In detail, the gold medal goes to Paolo Borsellino 57 days-I, TV movies aired on May 22 and saw an average of 8 million 200 thousand viewers for a share of 29.73% (ie the evening almost 30% of the TV was tuned to lit fiction with Luca Zingaretti – see photo). Second place overall for Mary of Nazareth: the two parts of the miniseries were seen on average (all figures given hereafter will be considered as an average) to 7 million viewers 828mila (share of 27.38%). Bronze medal, finally, for the young Montalbano: The six episodes of the Commissioner designed by Andrea Camilleri have attracted 7 million 146 thousand viewers (share of 26.34%). Fourth position for a big family, which also aired in six episodes: the fiction that staged the hardships of a dynasty of industrialists brianzoli fans were 896mila 6 million (share of 25.13%). Closes the quintet Veronica Pivetti teacher and detective hobby: the fourth series of Play It Again, Prof (four episodes) has earned 6 million viewers 288mila (share of 22.09%). 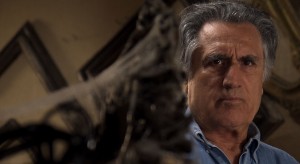 Opens the second part of the league’s historical drama in two episodes of General brigands, seen by 6 million viewers 214mila (share of 21.36%). Speaking for two evenings of Saturday night life running has affected 6 million 170 thousand viewers (share of 21.36%), while the fictionalized biography of Walter Chiari – Until the last laugh, involving 5 million viewers 953mila (share of 21.80%). Rounding out the group, respectively, Lando Buzzanca who solves crimes with a supernatural gift (The restorer, 5 million viewers 953mila – share of 21.80%) and Vanessa Hessler and Primo Reggiani in the turbulent Russia of Catherine II (The Captain’s Daughter; 602mila 5 million viewers – a 20% share). Some of these films (The restorer, a big family) will be followed in the season about to start, the sequel that will be added to successful productions in recent years, as a step from heaven, Earth rebel, God help us and Fear loving.