Home / Servizi / The territory of the Gavi wine chooses Mailander and focuses on China and the U.S. 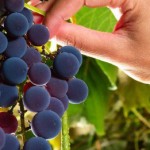 The territory of the Gavi wine is focusing on China and the U.S.. This is one of the reasons that led the historian Piedmontese vine to choose the agency Mailander to follow a multi-year project to promote the area, organize events btb at local and national levels and manage the first incoming international buyers, trainers, technicians and winemakers journalists from China and the United States. It is a new multi-channel project for the development not only of the product but of wine throughout the southeastern Piedmont. The agency Mailander of Turin was appointed as director of communication of a project that, for the first time in the area, involving all producers and all 11 municipalities of the Gavi wine in the promotion of its territorial excellence. The plan will be complemented by efforts to promote development and also on opinion leaders, influencers on off and on line, large publishing groups (bringing together TV broadcasters, radio stations and tourist guides on and off line), with a strong emphasis on the web, from social networks to get the election of true ambassador of Gavi, at the international level. Mailander is organizing jointly with consortium Piedmont Perfection Land of the incoming first among 25 international journalists, buyers and trainers from China and the United States.