Home / The loss of revenue of illegal gambling 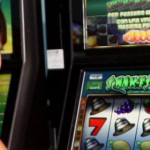 More than 2 000 checks for more than 400 violations: the budget for the operation of the Guardia di Finanza and illegal betting on games, carried out on the whole national territory. “But we have yet to quantify the volume of business,” said Maj. of the Guardia di Finanza Cosmo Virgilio.
“To count will take weeks, given the scope of the operation. Immediate intervention will follow the tax disputes in relation to offenses committed and the turnover, the calculation will be made by applications and software in collaboration with the State Monopoly. “Probably the majority of the total volume comes from gaming machines: “It is they who collect more in the legal market, approximately 45 billion to 80 and therefore it is likely that will be the case in the ‘underworld’ illegal.” In the viewfinder of yellow flame ended irregularities of different origin: “In some cases the centers were totally illegal, as in the case of the cultural association. In others it was marketing points – only authorized to sell refills for online betting and disseminate information material – which also accepted bets. In others, especially during the Olympics, which were centers ‘diverted’ the game on sites obscured by the State Monopoly “. Thickness of the operation, carried out from Padua to Bari via Rome, has a very precise technology base “We usually controls the patrols. We have developed an application, a database for targeted interventions. For gaming machines, for example, we have access through Monopoli all the slots on the network. We can see the play of each and see if there is a difference between the play of the device in question and the average for the province. The fact that about 2 000 controls about 20% is irregular result is not a coincidence: we knew where to go and what to expect. “Companies specialized in the betting and gaming in Italy are less than 6,700, between branches and local units.’s companies dedicated to the game, according to Agipronews in 2011 grew by 32.9%. activities related to lotteries and gambling have increased from 2,988 to 3,229 in one year (+8.1%) and a doubling of the lottery come to 2418 sites used for lotto games, and Superenalotto Totocalcio. They grew by 70% in a year, the companies that manage the devices that allow cash winnings coin-operated or token. Among the most significant growth of the sector in general, with Lazio +42.9% and Lombardy (+40.2%). Campania leads the country with 1,077 activities dedicated to the game, 16.2% of the Italian total, +21.7% in one year. followed by Lombardy ( 854, 12.8%) and Lazio (759, 11.4%). Among the provinces before is Naples with 648 activities (9.7% nationally), followed by Rome (587, 8.8%), Milan (353 , 5.3%) and Bari (296, 4.4%).