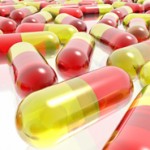 Speaking of cuts that could facilitate the action of government in reducing public spending, the association Assogenerici proposes the opening of the generics market as some form of savings. The Association also expresses concern regarding the approval of the Budget Committee in the provision under which the generalization of the prescription by insertion of the active substance, unless the doctor did not give reasons for his choice of a specialty. The standard does not fall within the spending review, as it does not directly generate a saving of expense. An interpretation that rejects Assogenerici through the voice of its President Giorgio Foresti who stressed that, in the rest of Europe, the equivalent cost much less than in Italy because there is no monopoly on brand-name drug. “Just think,” says Foresti, “that if the competition would generate a drop in the price of the equivalent of just 10%, the NHS would save 400 million a year.” Not to mention that a greater use of generic drugs would result in a substantial savings for the citizens, who now spend 770 million euros annually to cover the difference in price between the equivalent and the brand-name drug patents have expired. A real hidden ticket that no one seems to realize.