Home / United States the most sought destination for honeymoon 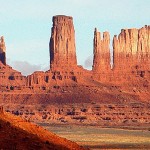 A market of over one billion euros. It is one of honeymooners, a sector which is fine despite the winds of crisis. This is shown by the trend data of 2012 released by CartOrange – Tailor, direct sales company founded in 1999 that has made honeymoons its core business, at the launch of the new site theme www.viaggidinozze.cartorange.com. “The honeymoon is for many” the “journey, one in which you invest money and expectations, and the one who does not give up in spite of everything,” said Gianpaolo Romano, CEO CartOrange. This is demonstrated by the fact that now a pair of two choose to do list wedding agency afford to enjoy the journey of dreams. “About 50% of married couples choose the travel list,” says Romano-. The new couples are giving tours to exotic locations or flight or simply ask a fee to pay for the trip. The majority turns to travel consultants or agencies to better manage the organizational aspects of both the wedding list is the journey itself. ” The web is now a must for those planning the honeymoon: “The glossy catalogs are no longer enough,” adds the ad-of-CartOrange. “The future couples spend a lot of time on the internet, looking for information about places they intend to visit and read the experiences of those who have already been there. In our new website we collect the stories of those who have already returned and the bride and groom have the opportunity to choose your travel consultant, that the specialist who will help you organize the perfect honeymoon, with the convenience of being able to meet in their own home , including Saturday and Sunday. ”

What were the main destinations? In 2012, the most sought destination turns out to be the United States, chosen by almost 25% of newlyweds (24.9%). In second place destinations antipodes, namely Australia and Polynesia, which together constitute 15% of the market. Growing demands for South Africa (4%) while cruising wedding affected by the crisis in the sector (8%). The “revelation” of the year is Argentina, a country that attracts more and more pairs of newlyweds.

North or South? The Italy of honeymoons is divided into two. In the North you prefer to travel itinerant tour of Australia and the United States in the lead. In the South, however there is a clear preference for the formula of the cruise, chosen by more than 13% of couples.
The budget. For a honeymoon in the United States each pair spends an average of 7,500 euros. , 11,500 in Australia, 12,800 in Polynesia and South Africa 7 thousand.

When I book? The honeymoon is booked in advance, only 5% choose solutions last minute booking it in the same month of marriage. The majority of the couple confirms its journey between 4 and 5 months early departure and about 19% of the spouses does so with more than 6 months in advance. The average duration of the honeymoon is two weeks. To start in September remains the favorite month with 20% of departures, followed by July (18%) and June (17%). April is the month that is scoring the highest increase over the previous year.

Holiday sewn on. The buzzword in the honeymoon is “customization”. “There is no longer satisfied with the suggested routes packet, but you want a trip that fits your passions and tastes, whether” craft “tailor-made as a tailored suit,” says Romano.

CartOrange (www.cartorange.com) is a firm of consultants to Travel ®, active in Italy for over ten years with more than 400 professionals and a variety of domestic branches. In-depth knowledge of the traveler, detailed design of each destination, periodic visits to the hotel and ongoing training are some of the ingredients that allow Advisers Travel ® of CartOrange to offer travelers unique experiences and fitted.