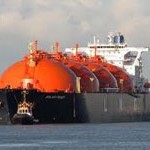 Work continues for the imminent arrival of the FSRU Tuscany. The ship will leave the shipyard in Dubai Dry Docks Word in late November and will arrive off the coast of Livorno in December 2012. The float unit will start its activities in the first half of 2013, after completion of testing. In the meantime, has been awarded the tender for the environmental monitoring plan to CIBM of Livorno. The plan envisages the creation of a campaign of investigation before the start of the LNG terminal. The acquired data will be needed to provide a comparison with those recorded during the exercise. Following will be realized the annual campaigns, every variable based on the parameter to be monitored, for the entire duration of the exercise. The plan was approved by the Ministry of Environment, after approval by the Institute for the Protection and Environmental Research (Ispra). It was signed also an agreement with the company F.lli Blacks for both the towing service for the settlement of Blacks within the land base, for the leasing of some spaces for offices for ‘operator and other goods destined for a warehouse to support operational activities of the terminal. The land base and transporting materials to and from the terminal will respond to a precise plan of security (ISPS) as required by the Competent Authority.
OLT from a design point of view will strengthen the anchorages replacing 4 of the 6 anchors that are part of the support structure of the vessel and ensure that the terminal to the seabed to increase the flexibility, ie ensuring an increase of fatigue strength of the anchoring system. OLT Offshore LNG Toscana, is a company owned by E.ON Ruhrgas and Iren Spa Market, and was founded with the aim of creating a floating regasification terminal moored 22 kilometers off the coast between Pisa and Livorno. The terminal will be connected to the national grid via a 36.5 km pipeline built and managed by Snam Rete Gas, for approximately 29.5 km to the sea and the remaining 7 km to the ground.