Home / Home mortgages: it is time for us to move effectively 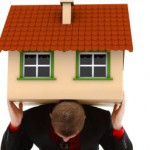 The moratorium on the mortgage was renewed by ABI, the association of Italian banks, until January 2013. Pauses the rate for one year in case of loss of employment (or termination of contracts), which entered into redundancy, death or serious injury. The time frame for the definition of default in payment of installments is reformulated to 90 days and will be able to use the tool only by those who have not ever done before. Interest expense, will continue to accrue and will be paid only for the portion of new interests, regularly due during the period of suspension. It ‘a measure for families but also for small and medium-sized companies in difficulty. A situation that a note ABI defines unique in Europe. According to the latest data available, 31 March 2012, the banks have suspended some 68,000 loans, amounting to more than 8 billion of outstanding debt, providing the nuclei concerned for additional cash of 513 million euros (about 7,000 euros per family). The measure initially designed to overcome a crisis passenger, given the current economic situation in many cases is fatal for the survival of households and small businesses. At this point in the economic situation Abi is called upon to consider in a real and practical the renegotiation of the loan should be facilitated as a lever for economic and especially to avoid default of thousands of indebted households and consumption now cleared.