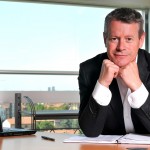 Christophe Berrard, 46, of French nationality, he has held since 2000, play important roles in the video industry, within the financial department of Infogrames Entertainment, the group’s Group Atari and Namco Bandai Partners, where for two years, has served as CFO mediterranean region (France, Italy, Greece and Middle East). After a degree in Finance, began his career at Michelin Group where mature than a decade that saw him play more strategic roles in the various divisions of the financial group. Namco Bandai Holdings, Inc., is a Japanese holding company founded in 2005 following the acquisition by Namco Bandai. In March 2009 the company acquired the developer D3Pulisher for 12.5 million dollars. In the same month the company began selling its classic also using the social network Facebook.