Home / Servizi / Capstone is launching a App on energy sustainability 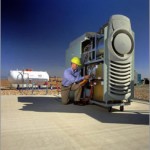 There are three sites to date Capstone in Italy – installed by the only Italian partner, IBT-Group cogeneration Hotel Quellenhof Recla and manufacturing plant in Trentino Alto Adige, and the former landfill Cem Environment, park hours natural, outside Milan. Three examples of the technology adopted by the world leader in the production of energy “green” microturbine, Capstone Turbine Capstone Corp.La technology is capable of producing electric power from 30 kW to 10 MW without connecting to the network, achieving electrical efficiency than the 80%, higher than most traditional sources of energy that reach an average of 30-50% and also work with renewable sources, allowing a reduction of CO2 by 50% and NOx by 95%. The firm was lead sponsor of the pavilion dedicated to “The future that we want” in the International Conference sponsored by the United Nations Rio +20, held in Rio de Janeiro on 20-22 June this year, during which 130 world leaders gathered in order to study possible solutions for the sustainable future of the planet. With the international initiative “Sustainable Energy for All”, which involves collaboration between public and private sectors, the U.S. giant has undertaken alongside the UN, at three inter-related objectives: universal access to sustainable energy, the doubling of global energy efficiency and use of renewable energy sources by 2030. Today 1 in 5 people have no access to electricity, and that 43% of the world population is still using dangerous and polluting energy sources like coal and waste animals to cook or keep warm. Thanks to the characteristics of the applied technology, Capstone has also been praised by U.S. President Obama, during one of his weekly messages to American citizens for the contribution of the Californian to the creation of jobs thanks to the growing demand of its technology from countries grappling with difficult energy challenges. To sensitize governments and public opinion on this issue, Capstone has developed an extensive communication project corporate which has seen the use of multiple tools in order to carry out lobbying and influence decision makers worldwide. gathered in order to study possible solutions for the sustainable future of the planet. Capstone is also to launch the first company in its industry to do so, the interactive application “Capstone World.” The App in the App Store official day available and compatible with all PCs, iPad and Mac, allows users to enter the world through Capstone the opportunity to explore ways all interactive products, watch case history and understand how technology works across multiple applications. The App is already downloaded from the link http://www.capstoneturbine.com/world/.

Capstone IBT GROUP: Since 2001, IBT is only for Italy Official Partner of Capstone Turbine Corporation, a high-tech leader and only manufacturer in the world of energy systems with gas turbines “oil free”. This technology allows for cogeneration systems for combined heat and power that ensure low maintenance, low emissions and a reduction in fuel consumption, by more than 80%. Founded in California in 1988 and listed on NASDAQ, Capstone has to his credit over 100 patents, more than 6,500 references in 75 countries and more than 21,000,000 hours of operation. In 10 years the fleet Capstone has helped to reduce CO2 emissions by 500,000 tons, saving an amount of energy equal to 750,000 barrels of oil and produce 700,000 MWh of renewable sources.