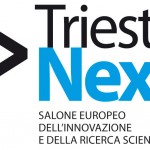 Food waste is a scandalous paradox of our time. While there is a growing need to increase food production by at least 70% in the coming years to feed a population of 9 billion in 2050, the world spend more than a third of the food that is produced. If we could recover all losses and waste, you could feed for a full year, half of the world population: 3.5 billion people. They throw away millions of products which, although having lost their economic value and commercial, retain their characteristic of food and its nutritional value that could still be used for human consumption (from the Black Book of Waste in Italy: food, Edizioni Ambiente 2011). In 2010 was launched the European public awareness campaign called A Year Against Waste, sponsored by Last Minute Market conceived and chaired dall’agroeconomista Andrea Segrè, dean of the Faculty of Agriculture in Bologna, in partnership with the European Parliament – Committee on Agriculture. According to the latest estimates by Last Minute Market in 2010 in our country have been “burned” 3.5 million of food still perfectly consumables. The transition from the field to the distribution have lost more than 3.6 million tons of food still good. A waste that costs for Italian families an average of 1,600 euros per year, equal to 27% of 6200 euro spent annually for the purchase of food (the second item of expenditure after the home). In terms of GDP (2010) food waste represents 0.23% of the national wealth. At the household level, in our country, you waste 17% of fruit and vegetables, 15% of fish, 28% of pasta and bread, 29% of eggs, 30% meat and 32% of dairy products. In developing countries, 40% of food waste occurs at the level of post-harvest and processing, while in industrialized countries more than 40% of the waste is determined at the level of retail, catering and domestic level. Food waste in Europe is about 90 million tons, accounting for circa179 kg per capita food thrown in the trash. Italy, with 149 kg per capita is above the average of developed countries. Trieste Next, the show innovation and scientific research, www.triestenext.it, to be held September 28 to 30 will host the first World Day Against the waste 2012 (Saturday 29th) organized by Last Minute Market with the objective of bringing , at the Teatro Verdi, 100 mayors in the Northeast and the Euroregion for the collective signature of the Charter northeast zero waste a handbook of good practices to avoid food wastage and implement strategies to improve the efficiency of the food chain in the EU. First signatory of the Charter will be the mayor of Trieste, Roberto Cosolini, supported by the governor of the Veneto, Luca Zaia and the Friuli, Enzo Tondo. With the signing of the Charter northeast zero waste will be immediately put into operation some of the information contained in the European resolution against food waste as a concrete contribution to the objective of halving by 2025 the food waste, and in particular: the directors are committed to supporting all public and private organizations that recover at the local level, the unsold products and discarded along the entire agri-food chain to redistribute them free of charge to citizens below the minimum wage, these initiatives promoted by reality as Last Minute Market, trigger circles virtuous because they allow not only to donate food to the needy, but also to reduce food waste upstream. The Charter also provides for, specifically, the modification of the rules governing public procurement to the catering and hospitality, so as to favor in the award and other things being equal companies that guarantee the free redistribution in favor of citizens poor and to promote concrete actions to reduce waste upstream giving preference to food products as close as possible to the point of consumption. Furthermore, the Charter requires the establishment of programs and courses in nutrition education, economy and ecology home to make consumers aware of food waste, water and energy and their environmental, economic, social. (G.M)